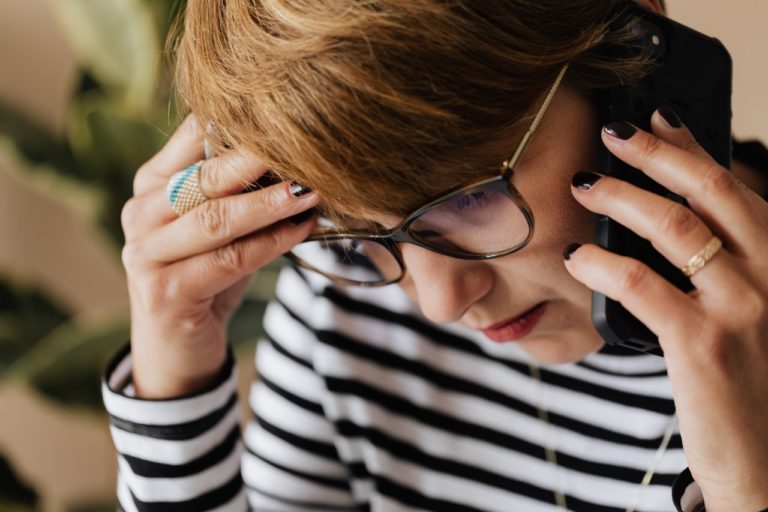 Many of us are guilty of making prank calls when we were younger. When I was very young, I unknowingly made a prank call by calling a pizza place, saying “Hello, one pizza please!” like some cartoons do before hanging up, genuinely thinking that was enough to get a pizza delivered to me.

Prank calls like these are generally harmless, but not all of them are. Some are hurtful, hateful, and can even make the person being pranked feel unsafe. In these cases, you can get arrested for prank calling for different reasons. Here’s why.

Something is considered a prank call when the caller calls a person with the intent of playing a practical joke. A prank caller can be doing this for fun, as a dare, or for any other reason. They can prank call someone they know, a business number, or just randomly dial a number.

In the early ’80s and ’90s, it was very easy to prank call people because there was no way for the receiver to know the number of who was calling. By the late ’90s onwards, more telephones, cellphones, and smartphones had caller ID, making it more difficult for prank callers to remain anonymous.

That depends on factors like who you’re pranking and what you’re saying to them. Prank calling is considered a nuisance call as it is both unwanted and solicited. Most prank calls are in the same league as silent calls, butt dials, and telemarketing calls. Taking this to court would be considered a weak criminal case because, although annoying and obnoxious, these calls only waste your time, which isn’t really against the law.

However, some prank callers tend to go overboard with their calls. They end up saying things that are obscene, offensive, or just downright threatening the receiver’s safety. Even if this is an empty threat, threatening violence is a criminal act. When it is that severe, you can get arrested.

What Brassard did was obnoxious, but there was nothing against the law about what he said to Elizabeth II. But had he harassed her, insulted her, or said anything offensive, he would probably have ended up behind bars.

What Kinds of Prank Calling Can You Get Arrested For?

You’re unlikely to get reported on if you’re prank calling your friends or close family members. Some of them may not take it likely, and it’ll be difficult to prank call because most telephones and smartphones have caller ID.

However, calling a stranger or a business may not slide so easily. In fact, you may be charged with certain crimes like the following. If found guilty of these crimes, you may be arrested and required to appear in court. How long a trial lasts depends on the severity of your actions.

The most likely crime you can get arrested for is harassment. Some people may think your prank is annoying but not worth pressing charges against, but your pranks can cross the threshold towards actually illegal harassment.

Let’s say you make a prank call at 11 PM. It’s extremely disrespectful especially if that person is an early sleeper, but they may let it slide. However, if you’re calling several times a day, making threatening remarks, and have been specifically targeting one person, they have a right to call the police and you could be tracked and charged with harassment.

Hate crimes aren’t limited to discriminating against people on the street based on race, gender or religion. It can also be seen through prank calling.

Let’s say that you call someone belonging to the LGBT+, a person of a specific religion, race, or nationality. Or, if you call a stranger at random, you learn through the call that they are a person of a different demographic. If you start mocking or insulting these things about a person, you can be charged with committing a hate crime if they choose to report you to the police.

Ever wondered why, when calling a business or organization, how they always have to tell their callers that the call is being recorded? This is because it is almost always illegal to record a phone call or private conversation unless both the caller and the receiver are aware that they are being recorded.

If you are prank calling for the sake of recording calls to share online, this could be considered a felony. This is because you do not have the receiver’s consent to record them.

Can You Get Arrested for Prank Calling 911?

911 is meant for emergencies only. If you clogged up the line with a prank call, you could be delaying a person who genuinely needs help from reaching an operator. So, some states make it a serious offense to prank call 911 or call for non-emergencies.

States have their own laws against 911 prank callers. These can range between fines or jail time. In Virginia, for example, making a false report can earn you a $2,500, a year in jail, or both. In California, calling 911 to harass other people (e.g. claiming your neighbor’s house is on fire so their home will be swarmed by firemen) can warrant a $1,000 fine, six months in jail, or both, while repeated non-emergency calls can lead to a $200 fine per call.

Can You Get Arrested for Prank Calling McDonald’s?

This applies to all restaurants and other businesses. It really depends on what you do when you call. Calling a McDonald’s and asking for a Whopper may be annoying and obnoxious, but it’s not illegal. However, calling a McDonald’s, ordering 100 Big Macs, and sending them to a random location is considered a crime because you now owe them around $350.

While some prank calling won’t get you arrested, it’s best not to prank call anyone at all. You may not get arrested, but you’ll be wasting people’s time or catching them at a bad time.