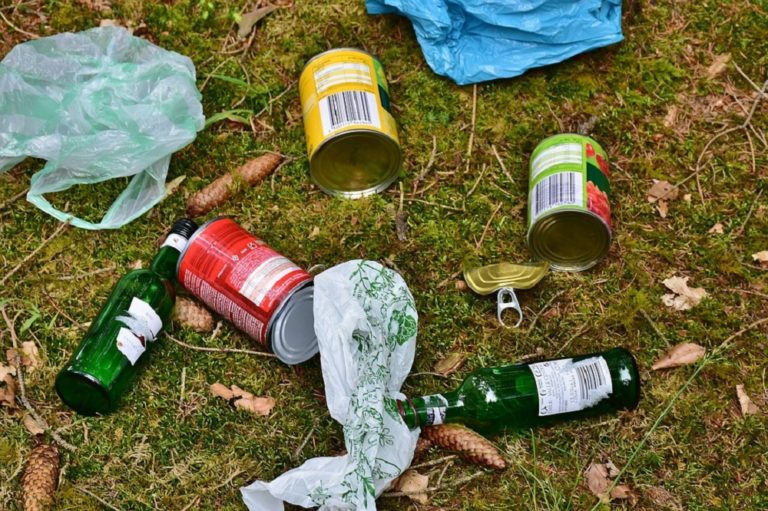 I think the reason why most people litter is because they underestimate the effects of their piece of trash. Littering, recycling, and waste management is already a huge problem around the world, so what difference is a plastic straw or empty bag of chips going to make when you add it into the pile? So, you leave your trash on the ground or in the gutter justifying that it is someone’s job to throw it for you or you just can’t be bothered to hold on to your trash until you find a proper receptacle.

But that trash is going to pile up, along with the other people who had the same mindset as you did. And that’s what is causing so much pollution in the cities and in our oceans. There are laws against littering and corresponding penalties, but it’s hardly ever implemented.

However, if the local governments were to impose stricter laws and treated littering the same way they handled other minor crimes, could there be a change in the way the public behaves around trash? We explore the legal possibilities in this article.

Why Littering Is a Crime 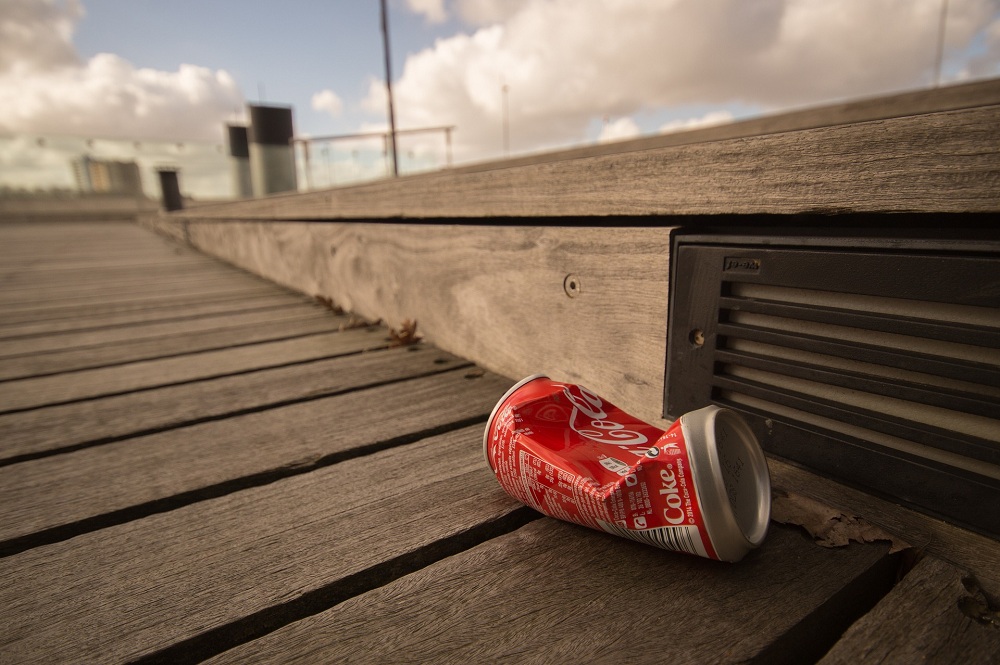 It’s safe to say that littering should now be considered a more major crime than just a social no-no. Given that the world has a waste problem (and the United States is causing most of it), we should stop looking at it as a simple occurrence.

Chances are, you’ll roll your eyes at someone who throws their Starbucks cups out of a moving vehicle and probably Tweet about it, but what if we changed the law and made littering akin to more serious crimes? If a police officer saw a pedestrian throw their candy wrappers on the ground, they’d probably just sigh and walk away, thinking it’s too little of an incident to write a ticket over. But if they saw someone spray painting on the front of a government building, they’d arrest that person for destruction of private property.

Technically, littering already is a crime because all states have their own anti-littering laws and corresponding penalties. States spend millions of dollars a year for cleaning and maintaining the streets and keeping it clean and free of pests and trash. However, people who litter are wasting the government’s money and making it more difficult to stay clean, sometimes even creating a thriving environment for rats and flies, causing health risks.

While it’s not in the same league as destruction of public property, isn’t it time to change that? In some states, people impose a standard set of fines and mandatory litter cleanup, while others receive fines depending on how much litter they threw.

So, if you’re guilty of littering, you’ve actually gotten away with committing a crime. The law exists to deter people from committing a crime, yet plenty of people still litter carelessly, while those of us who don’t do so more because it’s the right thing to do and not because we’re scared of the consequences if we don’t. The truth is, there’s really no solid consequence and little accountability to the point that no one is really scared enough to avoid littering. It’s why almost ¾ of Americans are guilty of littering. 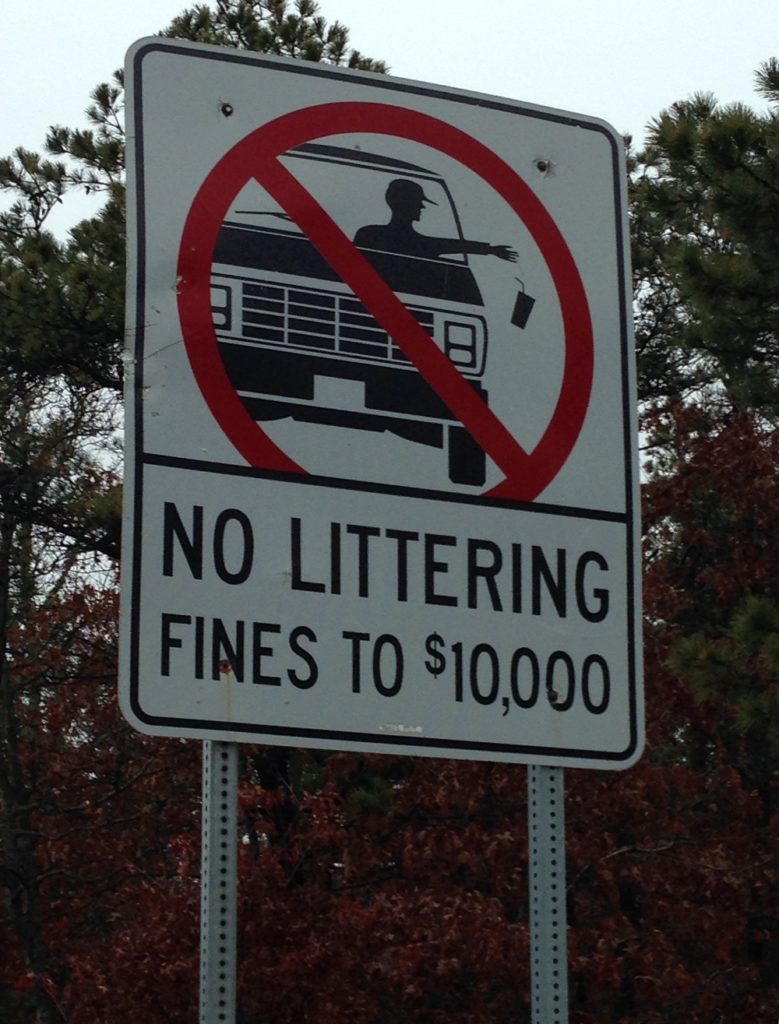 To a certain extent, yes it can. If authorities highlighted the environmental and financial effects of littering by stricter enforcement of the law, more people would understand the importance of waste management. By enforcing stricter anti-littering laws, police should be willing to apprehend lawbreakers regardless of how small the trash is.

The downside of this, however, is that no matter how strict implementation can be, there needs to be some form of accountability. Unlike other crimes, littering is as simple as dropping a tiny wrapper when no one is looking. It takes seconds, and chances are, instead of being deterred to throw their waste properly, people will simply make sure there is no police around when they litter.

In 2014, for example, the state of Illinois tried to tighten anti-littering laws and implement bigger penalties for people caught littering. However, while the amount of littered waste didn’t appear to go down, there were only a few people apprehended and given ticket citations. Unless the government plans to have at least one police offer for every person (and we’re talking Big Brother, Orwell’s 1984 levels), then it’s possible for people to still litter without concern for the law.

The truth is, no matter how strict any law gets enforced, nothing is going to happen without people taking responsibility and accountability for their actions. Technically speaking, police officers can’t arrest you for littering if they see you standing next to cigarette butt. They have to personally see you throwing the cigarette butt before they can apprehend you.

What Can We Do? 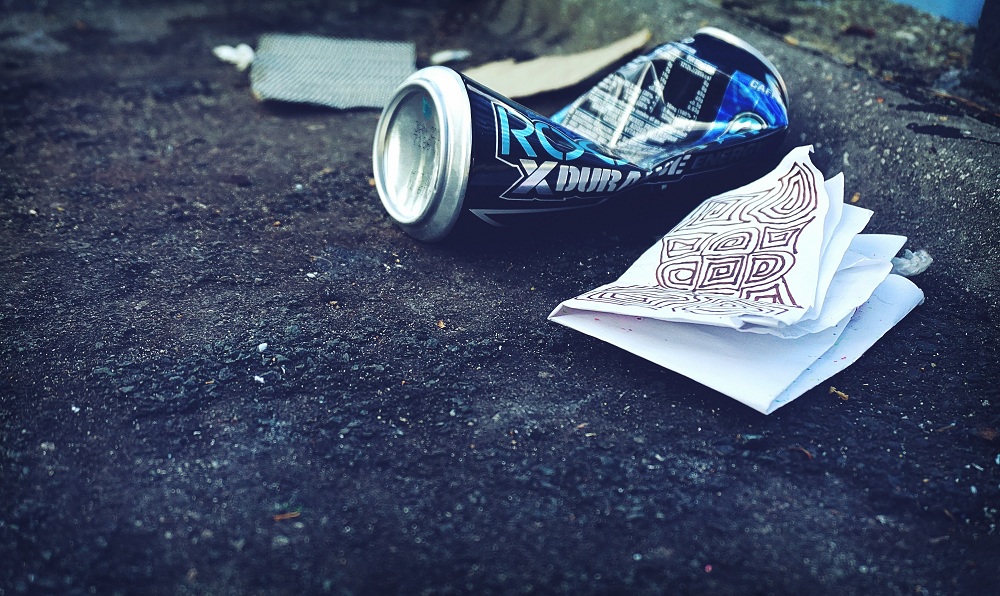 Simply changing the law is not enough. If we want to see change in the way we handle our trash, it has to start with ourselves. Even when we know no one is looking or no one is going to apprehend you, that doesn’t mean you’re allowed to forego the law and act as you please.

People need to start taking accountability and responsibility over the waste they produce and how they dispose of it. Because at this point, with so much trash in our oceans, in our streets, and nearly everywhere we look, littering should already be a criminal liability, regardless of how small one thinks their trash is.