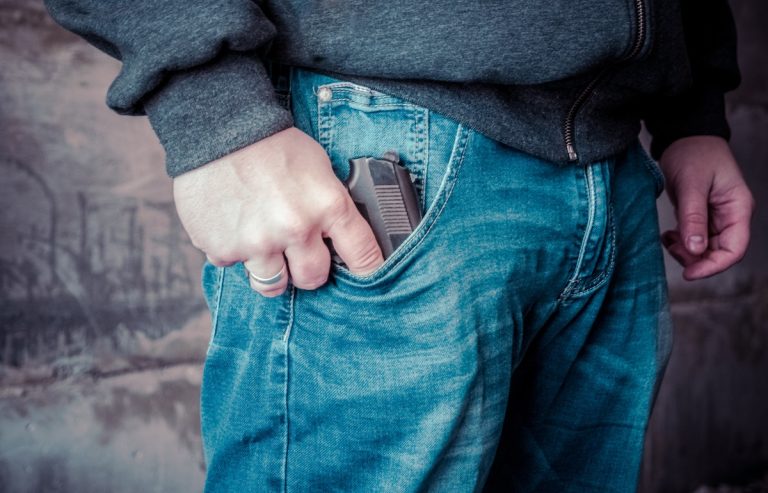 Who and Where is Eddie Ray Routh Now?

On Feb. 24, 2015, a jury found Eddie Ray Routh guilty of murder. It took the jury about three hours to convict Routh for the killings of Chris Kyle and Chad Littlefield. The former Marine was sentenced to life imprisonment with no parole.

Who is Eddie Ray Routh? Why does Chris Kyle’s name seem familiar? And why, in a capital murder case, was Routh not given the death penalty?

What Happened to Eddie Ray?

Eddie Ray Routh was an armorer for the Marine Corps in the late 2000s. On 2010, Routh was deployed to Haiti as part of a humanitarian mission, helping the earthquake-struck island. After returning from his deployment, Routh appeared to be deeply troubled. He reportedly told his father, Raymond, of his harrowing experience in recovering hundreds of bodies from the ocean and placing them in mass graves.

After serving the Marine Corps, Routh was honorably discharged in 2011. Soon, he began exhibiting troubling behavior. He had trouble holding onto a job and struggled with mental health issues. He was then admitted to the Dallas Veterans Administration Hospital where he was diagnosed with PTSD.

The former Marine and Texas native rose to infamy after being charged with Chad Littlefield’s and Chris Kyle’s deaths.

Eddie Ray’s subsequent bouts with depression, marijuana use and alcoholism would figure in his trial as part of his criminal defense attorney’s strategy. The former Marine pleaded not guilty by reason of insanity during his arraignment.

Routh admitted to killing Chris Kyle and Chad Littlefield on Feb. 2, 2013 at a shooting range in Erath County, Texas. But his defense lawyer argued Routh was in a medically diagnosed psychosis at the time of the killings.

Since he was not in complete possession of his faculties, he was not legally responsible for his actions.

The night before Kyle and Littlefield took Routh at the shooting range for what would have been bonding time with another vet, he had been drinking and smoking marijuana.

But the jury did not absolve Routh of criminal responsibility. They found Routh was responsible for his actions and that, at the time of the killings, he knew that what he was doing was wrong.

How Did Chad Littlefield and Chris Kyle Die?

If Chris Kyle’s name seems familiar, it’s because of his biopic “American Sniper.” The Clint Eastwood-directed movie, which starred Brad Cooper as Kyle, was nominated for best film in the Oscars. The film, released in 2014, was loosely based on Kyle’s bestselling autobiography of the same title (released in 2012).

Kyle is known for having the most confirmed kills during the war in Iraq. The former U.S. Navy Seal was a sniper and served four tours. Honorably discharged in 2009, Kyle began working with a nonprofit that provides free in-home fitness equipment, personal training and life coaching to vets with disabilities or those suffering from PTSD.

Routh was not part of that program from FITCO Cares Foundation. But his mother approached Kyle and asked for his help. Kyle then asked for his fitness buddy and neighbor’s help, Chad Littlefield. Both invited Routh to the shooting range, hoping it’ll have a therapeutic effect on the former Marine.

According to text messages entered into evidence during the murder trial, Kyle had already sensed tension from Routh. At one point, the former Navy Seal referred to Routh as being “straight up nuts,” which the defense lawyer used to support his insanity strategy.

Routh shot Littlefield first, putting six bullets in him using a SIG Sauer P226. He then turned to Kyle and shot him seven times with a .45 caliber pistol. Both Kyle and Littlefield were armed, but their guns were still holstered with their safety caches on. Routh left the scene, taking both victims’ guns.

What Does Capital Crime Mean?

A capital offense is a crime punishable by death. In Texas, the offense is described in Section 19.03 of the Penal Code and is also known as “Lauren’s Law.”

Being charged with a capital crime means you’ve committed an offense with special circumstances. Those circumstances, according to Texas law, will include, intentionally committing “murder in the course of committing or attempting to commit kidnapping, burglary, robbery, aggravated sexual assault, arson, obstruction or retaliation, or terroristic threat.”

Although capital murder is one of the most serious offenses in Texas, the accused often gets bail. In Eddie Ray Routh’s case, the judge ordered $3 million in bond. Since the amount of bail was beyond Routh’s resources, he remained in custody at the Erath County Jail.

In other cases, accused people have committed other crimes while out on bond for capital offenses. But the amounts for such cases only reached a maximum of $500,000.

A capital murder case generally receives death penalty as punishment. “Generally” because not all prosecuting attorneys seek the death penalty. In Routh’s case, the district attorney did not pursue that punishment and instead opted for life imprisonment without the possibility of parole.

Where is Eddie Ray Routh Now?

After being convicted in 2013, Routh is currently serving his life sentence at the Louis Powledge Unit. It’s a medium-security prison in Palestine, Texas.

In 2017, Routh lost a Motion for Rehearing with the Texas 11th Court of Appeals. The appeals court rejected Routh’s insanity defense and claims of errors during the trial. One of these include a statement made to a Texas Ranger, which Routh’s lawyer argued, should have been a ground for a mistrial during the 10-day trial.

Eddie Ray Routh still has other options for appeals, but nothing has been reported about new filings on his behalf.