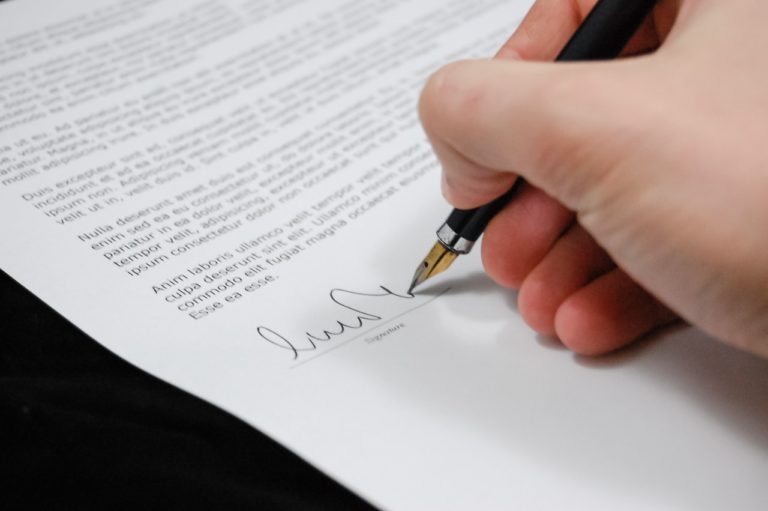 Legal Speak 101: Everything You Need to Know About Contractual Obligations

Here’s what you need to know about entering a contractual obligation.

What Are Contract Obligations?

This can be in the form of something tangible (money, products, objects), a service, a promise to perform an action or to not do an action. A contract can legally be upheld if it is done in writing (i.e. both parties sign a contract) or done verbally.

The best example of a verbal contractual obligation is when you go to a shop to purchase something. Let’s say that you want to buy a bottle of water for a dollar. You give the seller a dollar, they give you water. There was an exchange done, both parties consented to the exchange.

In a more complex situation, however, verbal contracts can become more difficult. Let’s say that you ask your brother-in-law, a mechanic, to do car maintenance on your car in exchange for cash payment after the work is done because he promised to do it cheaper than other car repair shops. However, he fails to do the work, and as a result you’re unable to work because your car cannot function. To make things worse, your car takes on more damage which could have been avoided had he performed the maintenance he promised to do. Should you decide to go after him for failure of fulfilling the contract, it can be difficult to prove that a contract existed because it wasn’t in writing.

A contract states a party’s obligation, but they cannot be forced to act on the contract against their will. Instead, the other party can sue for additional expenses due to the other party’s failure to uphold the contract. For example, you form a contract with a construction company to build you a house. Both parties agree to the terms, which are put into writing. Halfway through the construction, the company demands more money to complete the job and refuse to finish unless you pay them. You cannot force them against their will to finish the job. But you can pay a second company to finish the work and then sue the company for the additional money you paid the second company to finish the work they should have done.

If either party breaches the contract, the other party has a right to sue the other in a Civil Law Court.

What Are Some Examples of Contract Obligations?

These obligations can vary according to contracts. In addition to these specific obligations, each party must also perform their side of the contract in good faith. A contract can be voided if it can be proven that the contract was signed under coercion.

Unlike personal injury cases where a claimant can win non-economic losses like emotional pain, in cases of breach of contract, this is not possible. If you go to court against someone who did not fulfill their contract, you are only entitled to damages incurred and losses that came from breach of contract.

Can Contractual Obligations Be Transferred?

Either it must be stated in the contract that contract delegation may be allowed, or both parties agree to remedy the situation through delegation. However, in some cases, a contractual obligation cannot be delegated.

For example, A is a painter who is commissioned by B to do a portrait of B’s wife. A, however, realizes he has a full schedule after making his contract with B. A instead offers to let C, another painter, do the work instead at no additional cost to B. B, however, refuses, because C has a different painting style and he specifically paid for A’s work. So, either A can perform the work or return the money to B.

Contract obligations are different depending on the circumstances, what the contract states, and what both parties involved are getting. If someone you have a contract with fails to uphold their end of the contract, contact a contract attorney to see what your available remedies are.

Facebook
Twitter
LinkedIn
PrevPreviousHow Long Does It Take to Get a Search Warrant?
NextCourt Probation: What You Need to KnowNext