Not all marriages in the United States live happily ever after. In fact, up to half of marriages end up in divorce, according to the American Psychological Association. Some see this as a good thing because it means more people in abusive marriages are not afraid to walk away, while others see this as the end of the sanctity of marriage.

Regardless of how you see divorce, from a legal perspective, it means two people splitting assets and properties. It may seem harsh when a man says they want to divorce their wife and keep everything or when a woman says she wants to divorce their husband and keep everything. But when you’re the spouse who entered the marriage with more assets, it’s normal to want to walk away with those same assets. Unfortunately, some divorcing couples can be very vengeful or greedy and want to walk away with as much as they can.

Don’t worry; there are legal ways to prevent losing most of what you have on a divorce. These are your options to consider.

This is an option you should consider before marrying your spouse. You could have something similar made after marriage (this would be called your “postnuptial agreement”), but take note that the moment you say “I do,” you and your spouse are entitled to certain rights to your property. So, if you’re looking to be safe about your property, it’s best to get this done before signing that marriage contract.

A prenuptial agreement (or prenup) is a written contract you and your future spouse agree to prior to getting married. When two people marry, they receive certain legal rights such as what happens to their property and what happens when the marriage ends by death or divorce. A prenup supersedes these rights as it states what the couple agrees to practice rather than what the law provides by default.

Aren’t Prenups Only for the Rich?

There’s a popular belief that prenups are only useful for wealthy people marrying, as they have assets they don’t want to lose in case of a divorce. When Amazon CEO Jeff Bezos divorced his wife of 25 years, Mackenzie, in 2019, it was believed that he would lose his status as one of the wealthiest men in the world because they did not have a prenup, which meant Mackenzie could end up taking half of his assets.

Contrary to popular belief, prenups are good for all couples planning to marry, even those without assets. A prenup can protect a couple’s assets from ex-spouses and children from prior marriages from claiming assets in case of one spouse’s death, leaving less for the surviving spouse and their children. A prenup clarifies their financial rights and responsibilities. It can protect spouses from each other’s debts prior to entering a marriage.

So, in short, anyone marrying can benefit from having a prenup.

What Happens If We Don’t Have a Prenup? 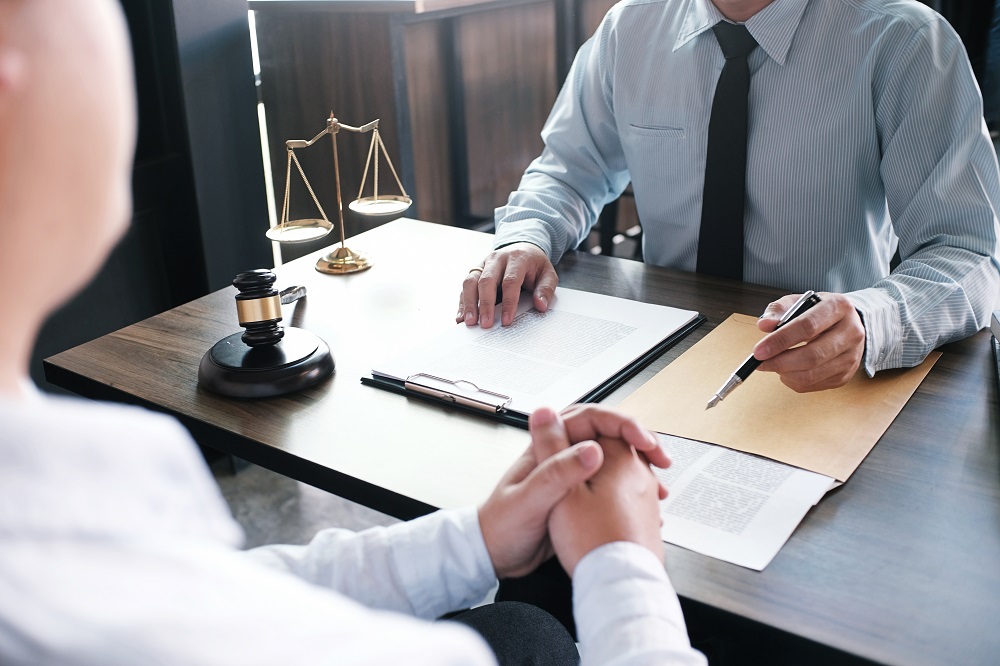 A prenup isn’t a hard requirement before getting married. However, if you choose not to have a prenup, what happens during your marriage will depend on your state’s family laws. That means if you enter a marriage with property, acquire property during the marriage, or incur debt, if your state has laws regarding ownership of such (and if you check your local laws, you’ll find that they most likely do), then that is the law you will follow during marriage, divorce proceedings, or after your spouse dies.

A prenup will supersede these. Let’s say that you own two houses before your marriage to your spouse. During your marriage, you buy a third house. Should you decide to divorce and you don’t have a prenup, your spouse can try to take the third house as well as one of the houses you owned prior to the marriage. With a prenup, however, you can protect your pre-marriage owned homes so that they stay in your property despite divorcing. With regards to the third house, you can choose to give it to your ex-spouse, sell it and divide the income, or have your lawyer argue on your behalf on why you should have it.

How to Make a Legal Prenup

Having prenups are becoming more common for married couples, which means courts are more accepting prenups in times of divorce. While it’s legal to uphold a prenup and let it supersede what the law provides in all states, prenups that are unfair or fails to meet state requirements can be junked.

The safest way to draft a prenup and ensure the courts uphold it is to let your lawyer draft it. Don’t worry about a family lawyer’s hourly rates since drafting prenups (just like drafting wills) are usually charged a flat rate as long as you and your future spouse already agree to the terms.

Your prenup must be clear, understandable, and legally sound. If you’re trying to protect what you own, it should list your and your future spouse’s assets and liabilities (e.g. personal loans, student loans, etc.) and, in case of divorce, how these assets will be divided. You can also put clauses about what would happen if you divorce due to infidelity, financial hardship, or if one of you gets arrested.

Why You Should Have a Prenup 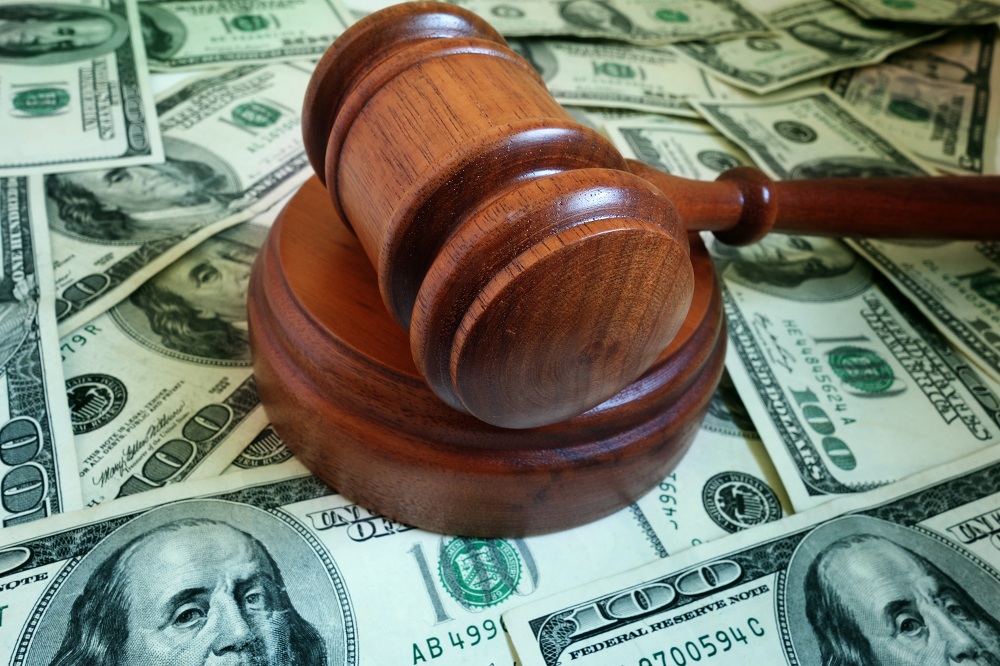 By signing a prenup, you or your spouse agree to the terms listed. So, it’s important that you or your future spouse carefully review the terms, preferably with a family lawyer (or a real estate lawyer, if a huge part of the prenup involves real estate assets).

Some people may not be receptive to prenuptial agreements because of what it entails. They believe that when their future spouse tries to draft one, their spouse is already preparing for a divorce. Others may also think that their spouse suspects they’re only marrying them for their money and are protecting themselves.

But what these people may not realize is that a prenup should protect both parties. Without a prenup, spouses can spend months battling each other before coming to a divorce settlement. This means more costs in terms of legal fees (hence the reason why family lawyers are one of the types of lawyers that make the most money) and a more drawn-out divorce, especially when spouses cannot agree on a settlement or custody agreement.

With a prenup, there’s already clauses that state who gets what in case of a divorce. There’s no need for drawn-out divorce proceedings, which means you and your spouse do not need to pay hefty lawyers’ fees.

While it’s possible you won’t be keeping everything in the marriage (unless all the properties were yours prior to marriage), a prenup allows you to keep what you owned before you get married. This protects you from losing your assets in a bitter divorce.

Let’s say that you didn’t have a prenup coming into the marriage. But years later, you and your spouse no longer love each other and are trapped in a loveless marriage. You’re both still amicable and polite, and neither of you have been unfaithful or abusive towards one another. In short: the love just died out. But you’re only together either because of children or you don’t want to undergo the expensive process of divorcing because you’re afraid of the legal costs of getting divorced.

The solution to keeping everything if you have an amicable partner who also wants to divorce? Have a no-fault divorce.

What Is a No-Fault Divorce?

Prior to the 1970s, divorce was a “you versus me” situation between two spouses. This meant that one spouse needed to prove that the other caused the destruction of the marriage through infidelity, abandonment, or any other act that led to it. If a couple simply wanted to divorce, they would have to lie. If a judge found out they were lying or both spouses were at fault, then they would reject the action for divorce and the couple would remain married.

By the 1969, however, California Governor Ronald Reagan signed the Family Law Act of 1969, making California the first no-fault divorce state. Under this law, neither party had to prove the other committed wrongdoing that led to the end of the marriage to legally divorce. Simply put: a couple could divorce simply because they couldn’t get along, realized they were incompatible for each other, and decided their irreconcilable differences were enough reason for them to want to divorce.

How to Get a No-Fault Divorce

Protecting Your Assets in a No-Fault Divorce

Unfortunately, just because you’re filing for a no-fault divorce does not mean it’s not possible for your spouse to want to claim properties, including yours. However, if you don’t have a prenup and you and your spouse want an uncontested, amicable, and no-fault divorce, it’s much easier to negotiate divorce proceedings and walk out of the marriage with what’s fair. That way, neither of you have to spend a lot on lawyers’ fees and simply split custody, properties, and finalize the divorce.

If you and your spouse are divorcing amicably, they’re unlikely to want to claim properties you own just to spite you. They will understand that it’s your property, so it’s only fair that you keep it once the marriage ends.

Option 3: Hire the Best Legal Team You Can Afford

If all else fails, you don’t have a prenup, and you know your spouse is going to take what they can in the divorce, it’s best to lawyer up with to protect yourself and your assets.

In some states that have community property laws, debts and assets made during the marriage are divided equally. This means you may lose anything or incur debt because of your marriage.

Having a team of divorce lawyers can help ensure you get the best possible outcome. It helps if you cooperate by giving them documents that can help your case such as financial statements and anything else that proves you deserve a certain amount or certain assets.

Divorce is not going to be an easy event in your life. As much as possible, you want to protect yourself, your children, and your assets during the proceedings. These three options provide you with a good chance of walking away from a failed marriage with the best possible result.