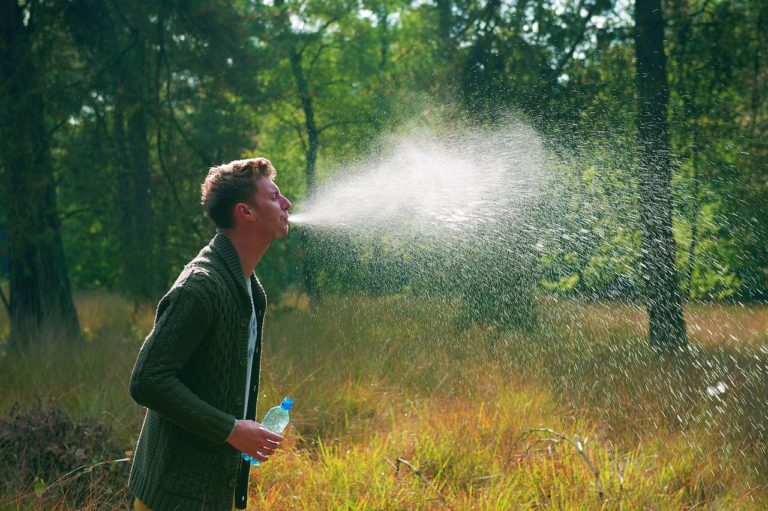 It’s disgusting, unhygienic, and in times of a global pandemic (which happens like, every couple of years now it seems), can be scary and dangerous. But is spitting on someone a crime?

In North Carolina, yes: spitting is a crime.

But it’s not just in the Tar Heel State; 10 other states across the country criminalize spitting on someone. Or, rather, these states have laws that criminalize the spread of diseases via spitting. Five states, namely Arkansas, Iowa, Indiana, Missouri and Washington, even allow courts to level a maximum 20 years in prison to anyone caught hawking a loogie at someone.

Of all the states, however, it’s North Carolina that probably has spitting on someone as a crime enshrined into their state laws.

Unfortunately, in the discussion of law, certain terms should (and need) to be clarified, not only to avoid setting precedent over a malapropos, but also to provide a clear-cut legal definition of what constitutes a “spit” (gross, I know).

For starters, the accepted spelling is “loogie,” and not “lugie,” as some people use it. Interestingly, according to the UD, loogie is a portmanteau of “lung cookie,” although this isn’t exactly widely accepted by linguists (who probably have better things to do, anyway). Of course, trial lawyers will argue this to the wazoo, so it’s best to lay down a baseline definition to work with.

Secondly, and most importantly, the Sixth Circuit of North Carolina referred to it as “loogie,” and defined it via its common understanding of a bodily fluid combining spit and mucus and expelled through the mouth in a forceful manner. However, some judges do consider the term “spitting” more broadly, meaning that the presence, or absence, of mucus is immaterial in hearings that involve spitting. However, considering how long a trial lasts, I’m sure this would also be discussed at length, much to the chagrin of everyone involved in the case.

Of the 11 states that criminalize spitting, one thing is common: a person arrested for spitting is also given the offense of aggravated assault.

Is Spitting on Someone Illegal? Yes, and it’s Assault

At least, in North Carolina. In North Carolina, assault isn’t defined by statute; rather, North Carolina defines assault via the common law understanding of assault, which is an act that attempts to injure another person, and or attempt to injure someone in the hopes of putting their intended victim in fear of harm (See, e.g., State v. Mitchell, 358 N.C. 63 (2004), which defines assault as “an overt act or an attempt, or the unequivocal appearance of an attempt, with force and violence, to do some immediate physical injury to the person of another, which show of force or menace of violence must be sufficient to put a person of reasonable firmness in fear of immediate bodily harm”).

In this context, spitting is not assault in the sense that it does not attempt to injure, nor does the act of spitting on someone create a reasonable fear of bodily harm. In my opinion, spitting on someone is more akin to battery, which is any act of unconsented touching of another person. However, some cases would consider any battery as assault, as is the case in Jessica Smith’s law book, North Carolina Crimes 113 (7th ed. 2012).

It’s also worth considering that, under G.S. 14-258.4, or, the malicious conduct by prisoner, it’s a felony for prisoners to direct bodily fluids or excrement at government employees. Of course, one could argue that this statute does not, in a sense, constitute statute assault, especially since G.S. 14-258.4 applies only under limited circumstances.

So is spitting on someone a crime? Yes. Is it assault? In a case wherein a man spat at another in a hospital after the other swore at him, the U.S. 9th Circuit Court of Appeals ruled the act was a simple assault. The man who did the spitting was sentenced to two years probation with 500 hours of community service. Although a spit doesn’t compare to the harm a deadly weapon could, the American justice system still deems an intentional act offensive touching that’s considered assault.

In some states, like California, the punishment could be up to six months in jail and a fine of $2,000. But if the intentional act was directed at a police officer who was performing their duties, you could be looking at up to a year in jail.

Is Spitting on Someone an Act of Violence?

In some cases though, the act of spitting is heavily penalized if the person doing it is sick. A criminal defense attorney may argue that the accused was not aware of their condition at the time of incident. But state laws are clear that this behavior is criminalized, particularly when the simple assault endangers someone’s health.

Amid a global pandemic, spitting on someone else could potentially lead to physical harm because it may involve a person who may be a carrier of an extremely contagious disease. In normal times, state laws about this intentional act (and it is intentional since no person accidentally spits on another) refer to communicable diseases, like HIV and STDs.

Bottom Line: Spitting on Someone is a Crime

A spit may be an outraged or uncontrollable person’s only recourse to expressing their anger. It may seem like a lesser crime than throwing a punch or pointing a weapon at someone, but it is still a crime across the country. The intentional act could even be part of a basis for filing a lawsuit if it led to a serious injury, which may occur only in extreme cases.

Spitting on someone else carries with it stiff penalties particularly when the act is directed toward a peace officer or a cop, and the accused may be sick with a deadly virus. In such a situation, the misdemeanor may even be considered attempted murder, which means you may not be able to bail yourself out of jail.

When infected bodily fluids are involved in an environment where police must carry out their duties, the risks become greater. As such, the penalties must fit the act.

And when the world is dealing with a public health crisis, as it is doing with COVID-19, some countries may create special laws concerning spitting. Singapore has anti-spitting ordinances that have helped them keep their city-state clean and hygienic, two extremely important factors to consider when living in a pandemic.

No matter what state you’re in and although it feels like it’s the only way to “get at someone,” think twice before spitting on someone. It could land you in jail, leave you strapped for cash after a fine or force you to complete a community service.

Facebook
Twitter
LinkedIn
PrevPreviousDifferent Kinds of Claims: What You Need to Know
Next5 Reasons Divorce is so Rampant in the United StatesNext