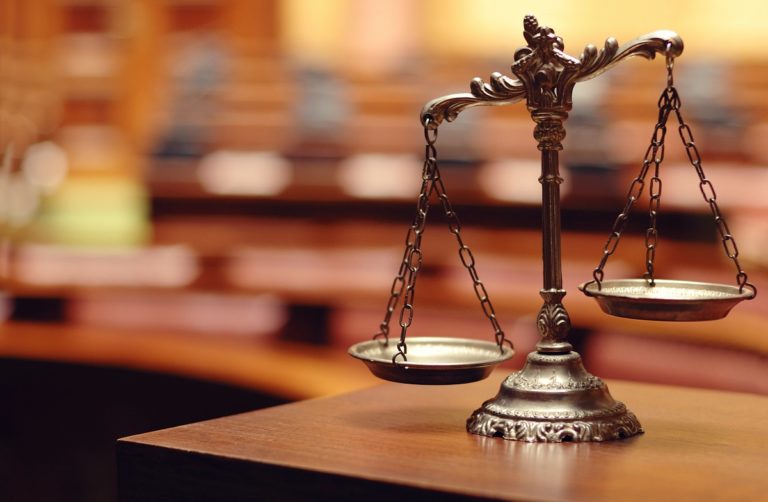 Jury Duty: How Long Does it Last and What To Expect

It’s probably one of the scariest letters you’ll ever receive in your adult life. No, not your mortgage bills, or your bank statements.

Those two words alone conjure up images of ratty motel rooms, days and nights spent talking to people you don’t particularly like, listening to witnesses who are so clearly lying, watching trial lawyers grand stand, and just generally feeling the pressure of voting fairly on a case.

But alas, jury duty is one of the responsibilities of a democracy. It’s one of the cornerstones of the American justice system, and it’s one that we must fulfill if we want to keep our unique judicial process functioning. Yes, it’s annoying, and yes, it’s time away from friends, family, your gaming console, social media, and all the creature comforts of everyday life.

But is it really that bad?

Jury duty gets a whole lot of hate because it really is quite a hassle: during jury duty, you’re not allowed contact with the outside world so as to minimize any undue bias in your decision making. In the age of smartphones and screen addiction, jury duty can be torturous.

But remember: this is an important part of American democracy, we have to respond to the summons. Literally. Dodging jury duty is an offense that could land you an arrest warrant. Of course, that’s pretty rare (most courts have better things to do, after all), but it does land you a bad mark, and the next time your name comes up, a judge could even order law enforcement officials to come and collect you.

It’s pretty serious stuff. But not to worry, we’ve come up with a list of things to demystify jury duty and put your mind at ease. Here are some things you can expect if you’re ever summoned for jury duty:

What Can I Bring and Not Bring to Jury Duty?

Jury duty requires you to show up to court, where you’ll be questioned to determine whether or not you’re responsible enough to be part of a jury. As such, things like smartphones, tablets, and basically anything that might connect you to the outside world are pretty much discouraged. Yes, despite the myth, jurors can bring their phones with them; just don’t use it in the courtroom (it’s pretty rude, anyway).

Service animals and medical supplies that require you to bring a needle (or any sharp object) needs prior approval from the court, and this can usually done when you submit your Confidential Juror Questionnaire. More often than not, courtrooms will accommodate your special needs, especially if their jury duty summons yields a smaller-than-expected turnout.

You may also bring snacks and reading material, provided that, again, you don’t eat in the courtroom, or be reading your favorite Stephen King book during a panel or a trial. Again, that’s just kind of rude if you think about it.

How Long is Jury Duty?

Ah, the question that lingers on everyone’s mind: how long is jury duty going to last? When will this nightmare end?

Well, here’s the good news: on average, jury duty lasts around two to three days. If you’re lucky, it might just last you one whole day. In general, jury pool officers will try to make your jury duty experience as quick as possible, and in some states, will even release you no later than 4:30pm (as long as you’re not in the middle of an impanelment, which is when you and your fellow jurors are discussing the outcome of a case).

However, if the case is complicated, you may be asked to stay longer, especially considering how long trials last if they’re complicated and/or high profile. You are also not allowed to leave the courtroom until a judge or an officer of the court says so, even if you’re excused from an impanelment (you’re supposed to return to the jury pool room if you’re not given the go-signal to go home).

(A caveat, though: courts aren’t heartless, they will let you leave in case of an immediate emergency, so long as you provide them with enough evidence).

But if you’ve been a good citizen and see your jury duty all throughout? Then you get credit for serving, and you won’t be called to jury duty again for at least 3 years.

What Happens During Jury Duty?

When you arrive at the courthouse on the day of your duty, you’ll be ushered in to the jury assembly area. Here, you’ll be made to fill out a few forms for documentation, and to determine your eligibility to serve. In some cases, a judge will join you in the assembly area and ask the questions personally. Most of these questions are more about whether or not you meet residency requirements, prior jury duty service, and whether or not you’ve been convicted of a felony.

Once you pass this, you’ll be given a juror number for easier identification and separated into groups. Each group will then be called into the courtroom for the voir dire. The Voir Dire, which is French for ‘speak the truth’, is a legal proceeding wherein the lawyers of both plaintiff and defendant ask the jury questions in order to determine each jurors bias, i.e. life experiences that may lead a juror to vote one way or another, and so on and so forth.

During the Voir Dire, lawyers are not supposed to discuss aspects of the case; rather, they’re there to determine whether a juror’s character and morality are fit for the trial. Lawyers can ask a judge to strike a juror out of the panel if they feel that the jurors bias is too one-sided for them to make an objective decision. Once this is complete, a final panel of 6, sometimes 12, jurors will then be selected to proceed into the trial itself.

Aside from military service, jury duty is one of the highest and most important civic responsibility that an American can take part of. Our system of a trial by jury ensures that a person’s judgment, whether criminal or civil, is determined by his or her peers, which ensures that the fairest form of justice is served.

Facebook
Twitter
LinkedIn
PrevPreviousCan You Bail Yourself Out of Jail? Things You Should Know About Bail
NextTrial of The Century: How Long Do Trials Last, and Other Questions AnsweredNext