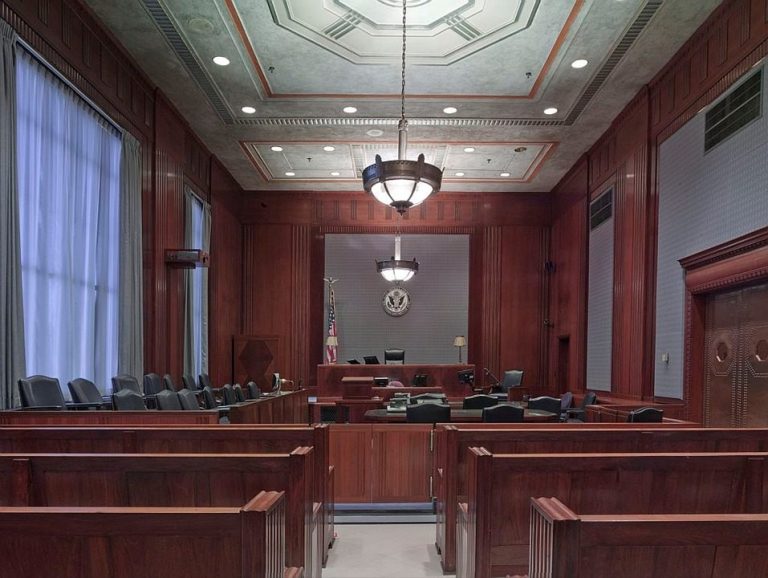 The Constitution gives every person charged with crimes an option of a trial by jury. The jury will comprise individuals of every background, randomly selected by the justice system. They do not need special qualifications to perform their tasks. Their job is to look at the facts of a case and come up with a decision — according to the letter of the law. And a jury’s verdict is then reached.

But in some cases, jury nullification takes place.

What is Jury Nullification?

Jury work is an important component of American law and the foundation of American democratic institutions. Jurors evaluate witnesses and their testimonies, determining the veracity of their statements under oath. They assess the evidence presented and weigh their strength in a case, from a high profile capital murder case to an everyday civil suit.

The jurors will apply the law. The applicable laws are handed out by the trial court by jury instruction. Jurors swear oath that they will obey these instructions in a purely impartial fashion.

But sometimes, jurors are swayed by their emotions too much. So much so that they tend to disregard, if not disagree, with the law. So instead of returning with a guilty verdict, they return with a not guilty verdict.

Jury nullification is when jurors decide on a “not guilty” verdict even when the defendant is factually guilty. Nullification of the jury may also happen when the verdict is “guilty” even when the prosecution’s criminal case is weak, or when reasonable doubt was raised during trial.

Jury nullification occurs if the jury has failed in interpreting their oath to follow the letter of the law. Instead of basing their decision on the merits of the case and disregard the judge’s instruction, they use their emotions or allow their biases to color their judgment.

A famous nullification case occurred in 1735. That’s how far back the jury system goes. The case was pivotal in the creation of the First Amendment. The defendant was John Peter Zenger; the charge was seditious libel in the New York v. Zenger. Zenger had written multiple articles disparaging William Cosby, the New York governor at the time.

During that time, the veracity of an article in question was not relevant to the law. Whether a damaging article on a newspaper was true had no bearing on a libel case and was not accepted as a defense. So Zenger’s defense attorney Andrew Hamilton instead turned his focus on the law itself, giving the jurors the power to nullify. Hamilton told the jurors to consider the law as unjust. They did, and returned with “not guilty” for Zenger.

Do juries have nullification power. Is it even legal?

According to the Supreme court, juries have no right to ignore the law. In rendering their verdict, they must subscribe to what the statutes dictate. In some states, the courts forbid defense attorneys from mentioning nullification to jurors. But jury nullification still occurs.

It occurs because juries cannot be punished for their verdict. No matter how contrary it may run with public opinion. Also, judges can instruct jurors before they begin deliberations. But the court has limited, if not non-existent, power in inquiring about the motivations behind the verdict.

In some cases, jury nullification is good. Because it has happened multiple times on the same sort of cases, nullification has led to some of the most unjust laws from being abolished.

One such law was the Fugitive Slave Act of 1850. It punished people who helped escaped slaves, including penalizing them with large fines for giving food or shelter to runaways. Any person today would consider acquittals for defendants violating the fugitive slave laws then would be valid jury nullification.

A similar outcome occurred with the Prohibition Act; after several juries acquitted defendants, ignoring alcohol control laws at the time, the 21st Amendment was adopted.

On the other hand, jurors could mistakenly release dangerous criminal defendants in society when they share similar views. Or in extreme cases, when a jury has been tampered with. Since double jeopardy prevents the state from prosecuting a defendant on the same crime, a guilty person could get away with anything with tampered jury trials.

What is the Basic Idea of the Criminal Justice System?

Criminal trials are complex. They become even more so when justice and the defendant’s fate depend on 12 different people. Although judges instruct jurors to follow the law, the instructions may run against their personal beliefs.

Those beliefs may counter drug laws that seem heavy-handed to minor drug offenders. Other jurors may not agree with death penalty as punishment. Whether the nullification returns a guilty verdict, the courts cannot penalize a jury if their verdict doesn’t follow the letter of the law.

But it can set aside a verdict if the court deems no reasonable jury could arrive at a decision using the evidence presented at trial.

But because the fundamental idea behind the justice system is to dispense fair judgment, without emotion and biases, the losing party may be able to turn a nullification around with a judgment nothwithstanding verdict or a directed verdict. Both of which are carried out by the trial judge when the losing party voices a motion for either.

Even then, the judgment may not be final. The losing party has the option to appeal a decision.

Facebook
Twitter
LinkedIn
PrevPreviousImportant Insurances to Protect Your Business
NextThe Shadow Pandemic: What it is and Which Laws Can Protect You From itNext