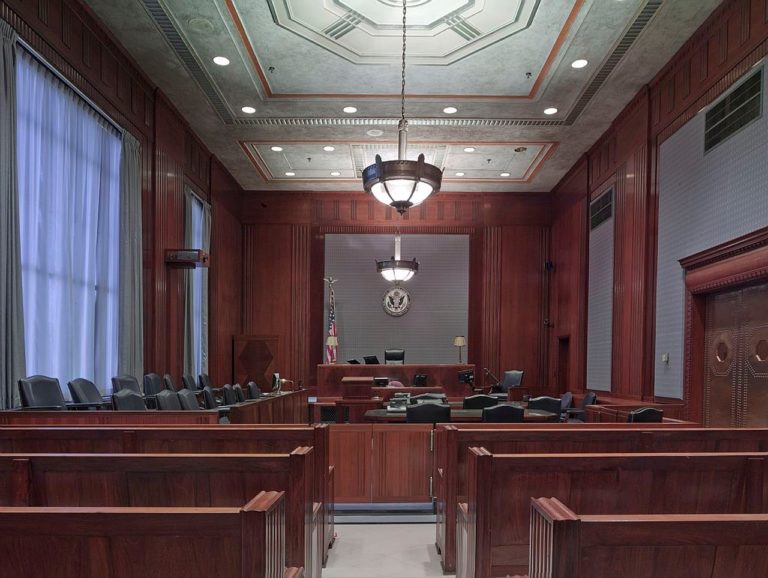 Skipping Jury Duty? Not a Good Idea, My Guy.

Getting summoned for jury duty is the worst: you’re obligated to show up to some stifling courthouse with other people who also don’t want to be there, listening to a horrible case for hours or days on end (depending on how long the trial lasts), and then being given the unenviable position of deciding someone’s fate.

But as heavy and annoying as it sounds, jury duty is an important hallmark of the American justice system, one that ensures that all citizens (including yourself) are judged fairly by their peers. Different states have different regulations on jury duty; in Massachusetts, citizens are obliged to serve once every three years, while in California, citizens are obliged to serve at once a year.

Of course, this doesn’t stop people from finding ways to escape the summons of the court, whether by lying or by simply not showing up. But really, what’s the worst that could happen is you skip jury duty?

What Happens if You Skip Jury Duty?

Most people try to ignore court summons for non-crime related issues simply because they don’t know how long jury duty will last, but not showing up for jury duty can have different repercussions depending on the context of your situation to the state you’re living in. Texas, for example, can fine jury duty skippers up to $1,000 and 6 months of jail time. Pretty harsh, but it’s still not the worst thing that could happen. Of course, there is a small chance that the court will do nothing, especially if you’re in a city that has a long backlog of cases. In this case, courts usually have better things to do than to chase you down, so you could probably get away with skipping jury duty.

In that scenario, the worst that could happen is that the court will simply reschedule your jury duty. Usually, you’ll be sent a summons for a new date, which will happen more quickly than your previous summons. Of course, if you ignore the second summons, there’s a very big chance that the court will notice, and you’ll start drawing the ire of a judge.

But what if you live somewhere less populated and/or in a jurisdiction that is in dire need of jurors? This is where it can get messy.

If you skip jury duty, the court that summoned you could issue a “Order to Show Cause“, a type of judicial order that will force you to go in front of a judge to explain why you skipped out on jury duty. In some states, this is usually enacted by law enforcement (i.e. police and/or other officers of the court) by forcibly taking you to the courthouse to explain to the judge personally. If this happens, the judge will then decide what sort of repercussions you’ll receive, whether it’s a slap on the wrist like a fine, or a more severe punishment like contempt of court.

At worst, you could be held in contempt of court, which can land you jail time. Depending on how badly you offended the judge, you could be looking at serving significant jail time, from a few weeks to a few months. And that’s on top of the hefty fine you’ll be paying, as well.

The bottom line? If you have no good reason to skip jury duty, don’t skip it: skipping jury duty can have very severe consequences, and it could even land you in jail. Of course, this doesn’t mean that the courts are merciless: if you have a good reason to miss jury duty, they will allow it.

How Do You Get Excused from Jury Duty?

A lot of people think you need to do something drastic to get out of jury duty, like faking an illness or just straight-up lying. However, once you get your jury summons, you’ll find that the courts will tell you exactly how to appeal for a deferment of your duty. No crazy antics, no shenanigans. Jury duty is an obligation for every American, but that doesn’t mean that the courts want you to go through hardship just to fulfil it!

Undue hardships, extreme inconvenience, and the like, are recognised by the court as ample enough reasons for you to defer jury duty, and they will be more than accommodating if they recognise how dire your situation is. During the trial selection, lawyers can also strike a potential juror off the bench if they feel like that person won’t be conducive to a fair trial.

But take note: it’s the court that decides whether or not your reason is justified. Missing school isn’t an excuse, neither is missing a few days of work, as by law, employers and academic institutions can’t penalise people for answering the call to jury duty.

The most common exemption people file for, undue hardship is a legal term that is defined as an “action requiring significant difficulty or expense”. This clause allows potential jurors from deferring jury duty because serving will cause them unnecessarily heavy losses, like necessary income, or if it prevents the juror from caring for a minor and/or elderly/disabled family members. Undue hardship also covers potential jurors with certain disabilities that will make serving either extremely difficult or inconvenient.

If you’re sick, or living with a pre-existing condition, or if serving will negatively impact your mental health, you can be excused from jury duty on the basis of poor health. Of course, this will require you to present a few documents, including a doctor’s note and/or a sworn affidavit, but most courts in most states are usually lenient when it comes to legitimate health concerns that could affect court proceedings.

Mental health issues like PTSD, stress-induced conditions, and other issues that might affect your judgment are also mitigating factors in determining whether you’re fit to serve in jury duty. Of course, this will be subject to review and/or supporting documents, but courts are usually very empathetic towards people with mental illnesses.

People with even the most tangible connection to the case, whether it’s in-depth knowledge of a subject matter pertaining to the case, a personal relationship with any of the parties (defendant, complainant, lawyers, etc.), are usually exempted from jury duty, at least, for that specific case. If this happens, courts will usually defer your service to a later date.

Lastly, most lawyers will choose jurors that want to participate; most lawyers can weed out jurors with a negative attitude, bias, and/or unwillingness to cooperate from a mile away, and will not hesitate to strike them out in the spirit of having a trial that is fair and unbiased.

At the end of the day, it’s always a good idea to finish your jury duty when you’re summoned. There’s a big chance your reason for not being there isn’t good enough, and the consequences of you skipping can be dire. Not a good idea, my guy.

Facebook
Twitter
LinkedIn
PrevPreviousWho Is the Patron Saint of Lawyers?
NextCan You Bail Yourself Out of Jail? Things You Should Know About BailNext