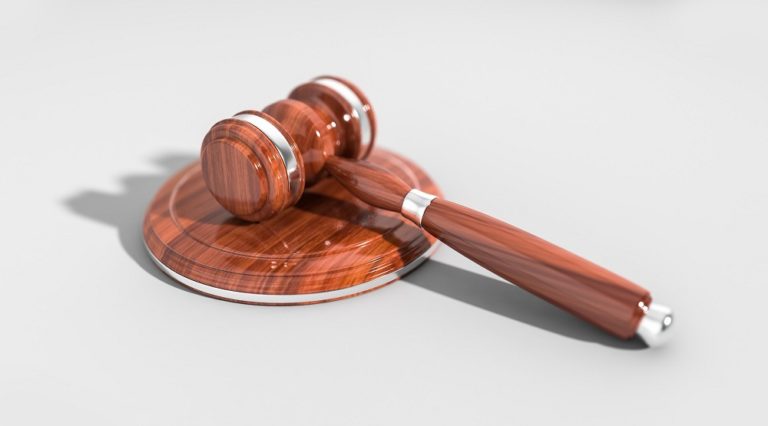 Strange Laws Around the World That Still Exist

All laws around the world are created for a reason. Some of these reasons may be confusing or a bit bizarre to foreigners, but the laws apparently have some form of logic that they’re still active even in the present.

Take a look at some of the strangest laws found around the world – that are still put into practice as of 2019!

The Philippines’ urban cities sees lot of crimes on the road. Most of these crimes involve two men riding on motorcycles: the back-rider to commit the crime (most likely robbery, snatching, or mugging a random pedestrian) and the motorcycle driver serving as the getaway driver.

To address the safety concerns, the mayor of Mandaluyong City imposed a “Riding in Tandem” ordinance in 2014. If the motorcycle driver is a man, the only people who can ride behind him are women and children at least seven years old. Two men are not allowed to ride on the same motorcycle with the exception of father and sons. To prove they’re related, both riders need to provide proof of their relationship such as birth certificates and IDs. Otherwise, they could face apprehension.

I’m pretty sure no one brings their birth certificate with them at all times. Given that the law is a bit sexist (assuming that women can’t be criminals) and ignoring the fact that a father-son duo can still commit crimes, I’m surprised that a law like this passed its six-month trial period.

Swearing in public is rude and generally frowned upon, but it’s actually an illegal practice that can get you arrested in St. Kitts, an island in the Caribbean region. In 2016, rapper 50 Cent was arrested after his performance of his song “P.I.M.P.” at a concert with 40,000 people. The song included a swear word, and 50 Cent was advised not to swear by authorities prior to his concert. However, the festival’s DJ did not have a clean version of his song and he was caught saying the “m” word onstage.

The price for swearing in public is arrest and a fine. St. Kitts and other Caribbean islands can be called conservative areas. They are polite and welcoming, but they expect tourists and guests to be the same. Apart from swearing, you aren’t supposed to go swimming nude or topless. Beachwear is fine, but in public places that isn’t a resort or beach, it’s inappropriate to wear revealing beach clothes.

While there’s a link between ancient Greek theater and high heels, wearing heels in the present to any ancient Greek site is considered illegal, along with bringing in any food or drink into the premises. But it’s for a good reason: heels can chip away at the monument. The Greek government, trying to preserve historic sites from the wear and tear of thousands of tourists each year, banned high heels because of its effect on the historical site’s grounds.

Singapore is one of the most developed countries in the world. The country is known for enforcing strict laws and policies, fining and imprisoning people heavily for things we’d consider minor crimes such as jaywalking, littering, and spitting and urinating in public.

One of its most infamous laws is its chewing gum ban in 1992. The law doesn’t ban chewing gum, but rather importing and selling it – which means Singaporeans are free to chew gum, if they can find a legal seller to give them some. Therapeutic, dental, or nicotine chewing gum for medical purposes requires a doctor’s prescription or registered pharmacist. Tourists can only bring up to two packs of gum.

This actually has a historical and economical foundation. When Lee Kuan Yew was Prime Minister of Singapore, he found that chewing gum was causing high costs in cleaning and repairs because people were leaving it anywhere, increasing the time and effort cleaners needed to get it off public property and to replace cleaning equipment and property ruined by the gum’s properties.

You’d think that this law would apply to bars and restaurants serving alcohol during its operating hours, but this isn’t the case. If you happened to go to a bar, restaurant, or hotel selling alcoholic beverages at any time of the day, you’d be served your order regardless of the time. But if you go to any supermarket, wine shop, or any retail store selling alcoholic beverages, regardless of when you plan to drink your purchase, you can only buy these drinks between 11 AM until 2 PM and then again after 5 PM.

This law is supposedly for the good of the children. After 11 AM, it’s highly likely that most children are already in school, so stores can safely sell to adults during lunch time. Between 2 PM to 5 PM, children will be dismissed from school and may be visiting commercial establishments. After 5 PM, most children will likely be heading home, so adults are free once more to buy alcohol.

France: You Can’t Die Inside a Certain Town

Only two things are certain in this life: death and taxes. Three areas in southern France have banned people from dying within their area. In 2000, the town of Le Lavandou outlawed death within the area. Cugnaux followed in 2007 and then Sarpourenx in 2008.

It may seem like an absurd rule, forbidding people to die, but it comes with urban planning reasons. Apparently, these areas are relatively small and do not have large enough cemeteries to handle the number of people dying. In Sarpourenx, it was okay to die there just as long as you already have purchased a plot reserved for your body in the cemetery. What’s even more confusing about this rule is the punishment the local government hopes to impose if someone (deceased) fails to follow this law.

Since 2005 in Rome, Italy, it’s illegal to own a simple goldfish bowl – it’s the spherical one that looks like an astronaut’s helmet. Apparently, the round shape can cause the fish to go blind, while fish experts say that a simple bowl is not sustainable for a goldfish, which needs more oxygen to survive. To legally own a goldfish, you need to provide a larger tank with an oxygen system. Birthday parties and carnivals are also banned from giving away goldfishes as prizes.

Switzerland, on the other hand, outlawed people from buying only one goldfish in 2008. According to authorities, goldfish are social creatures, and keeping them isolated in one tank is akin to animal abuse. If you want to own a goldfish, you’ll have to buy more than just one.

Animal rights activists have protested against animal cruelty, which had led to laws that have changed the way we take care of domestic and farm animals. While this may seem like silly rules for pet owners, it comes with a lot of research into fish behavior.

Poland: Winnie the Pooh Is Banned

In late-2014, politicians from the town of Tuszyn, Poland have banned Winnie the Pooh and all media of the bear due to the fact that he doesn’t have any pants on. Pooh was vilified as a inappropriately-dressed, half-naked hermaphrodite with “dubious sexuality,” with some politicians accusing author A.A. Milne of being a disturbed person.

The councilors of the town had a meeting where they were considering using the bear as a mascot for their children’s playground, but the idea was quickly shut down and the idea of having Pooh on their playground was banned. The conversation was recorded, leaked, and released to the public. Instead of the popular child’s bear, they created a fictional Polish bear – dressed from head to toe.

Parents trying to create unique, one-of-a-kind names for their children may be fined for their bad naming choices in several countries in Asia and Europe.

In Germany, parents must sift through the Standesamt, or “book of first names,” which lists all the possible names. While getting creative with the name spelling (e.g. Caitlin, Katelyn, Kate Lynn, etc.) is okay, the name has to be sex-specific, and you can tell if the child is a girl or a boy just from the first names. Last names, objects, and products are banned names. When your child is born and your proposed baby name is rejected, you can appeal or submit a new name. But keep in mind that each time you submit a name, there is a fee involved. Because of the hassle, you’ll find many parents opting to name their children safe, traditional names.

Germany’s naming system caught Denmark’s attention, which followed suit years later. The government provided 7,000 government-approved baby names, and parents must choose one of the names provided or else they have to pick another name. Special names require permission from the church and government officials. And unlike Germany, creative spellings of these pre-approved names are banned.

These laws were created with the self-interests of the child in mind. According to the German government, a first name can negatively affect the well-being of a child. Denmark justifies its laws by protecting children from odd names from parents who want their child to have weird names just for the sake of having one. 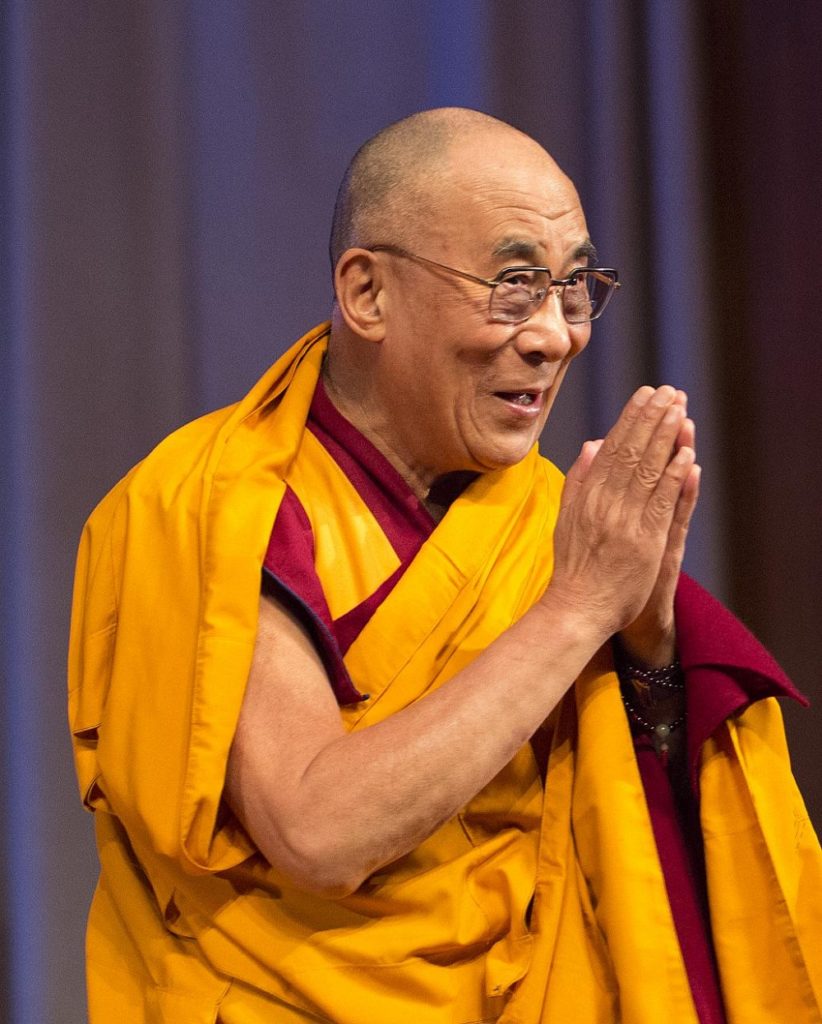 In 2007, China took totalitarianism one step further and banned Buddhist monks from reincarnating unless they had permission from the government.In a move to “institutionalize management of reincarnation,” the State Administration for Religious Affairs declared that no Tibetan Buddhist monk could go through reincarnation if they do not have official permission.

It seems like a ridiculous law, but it wasn’t really made for monks to follow, but in fact a move to undermine the power of the Dalai Lama. The Dalai Lama is the spiritual leader of Buddhism. While 14 people have held the title of Dalai Lama, Buddhism beliefs claim that these are all the same soul reincarnated to continue the previous Dalai Lama’s work.

The Dalai Lama at the time refused to acknowledge China’s attempt to control the Buddhist faith. Due to this law there may be two Dalai Lamas: one chosen by the Tibetan monks, and one China declares has their permission to reincarnate.

Though odd or seemingly bizarre, these laws have a purpose in their own country. You may disagree with these purposes, but if they’re still here until now, it must either be effective, or government officials are too embarrassed to turn their weird laws around.