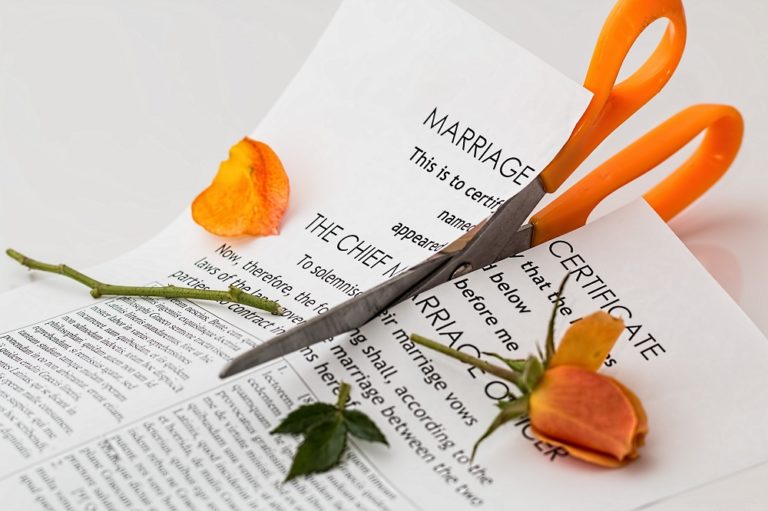 The Divorce Rates Are Fluctuating, And That’s Not a Bad Sign

The gays. Lazy millennial snowflakes. The media — these are some culprits responsible for the end of the sanctity of marriage, depending on who you ask.

Because the genuine love and respect between two men or two women ruins a sacred union, not the heterosexual marriages that last for weeks or months before the two decide to call it quits. According to the Guinness Book of World Records, the shortest marriage ever recorded was between Hollywood personality Rudolph Valentino and actress Jean Acker. While the divorce wasn’t finalized until four years after their wedding, immediately after getting married, Acker regretted her decision and refused to let Valentino into their hotel bedroom.

But what many argue to be the end of marriages is the fact that divorce is legal in the United States. Your grandparents and their generation will talk about how they found their true love and how they’ve stuck with each other and are now reaching their silver and gold wedding anniversaries. Those against divorce cite the rising divorce rates in the United States in the last couple of years, and many would argue it’s the result of people no longer seeing marriage as a holy bind between a man and a woman.

However, if you look at the other factors that go into a marriage, the high divorce rates (and its recent decline) is actually a good thing.

Marriage (and Divorce) in the Past

My paternal grandmother married my paternal grandfather in her early twenties. She was the eldest daughter and a scion of a prominent family in her town, so it was no surprise that she married a lawyer with a vast amount of farmlandand was her brother’s acquaintance in their branch of the Freemasons. Out of the seven kids she gave birth to, four survived. But if you think this story had a happy ending, you’re probably unaware of the stigma of divorced women at their time.

My grandfather turned out to be a lazy bum, as my grandma would tell me later on, who never used his law degree except to earn prestige and respect among his peers. Whatever money they had quickly ran out and he was forced to sell his land to provide for his family and they moved to the city to find better opportunities. My grandmother had to make her own children’s clothes and quietly suffer her husband’s cruel abuse at her and their children. It was only when her eldest son worked his way up from waiting tables to becoming head a shipping company he built from scratch did she get to live a lifestyle that resembled her previous life before she married. My grandfather died when I was seven, and all I can remember is that there was no love at all between him and my grandmother, yet she remained married to him for over 60 years because it was what was expected of her.

Older generations pride themselves on having low divorce rates at their time, but they fail to acknowledge the high rate of spousal abuse and violence that occurred at the same time. During that time, patriarchal systems were put in place and men were the breadwinners while women were expected to stay at home and look after the children. Women could not divorce or leave an unhappy marriage because 1) there was a stigma against women who chose to leave their husbands; and 2) without any skills other than child-rearing, supporting herself and her children was difficult without a husband.

There was also a stigma put on the children of divorced parents. Children would be told to avoid children with divorced parents because supposedly the child was seen as disturbed or the result of a broken home. Children of single mothers also had a stigma surrounding them, and would have a bad social life growing up.

With so many difficulties and stigmas women and children would have to face after a divorce, most women felt that it was much better to stick to a bad marriage, no matter how abusive a husband could get, than to face the consequences that would follow her and her children for the rest of her life. So, what many claim to be a golden age of marriages and people choosing to fix relationship than leave them is actually a period of women taking in abuse and a loveless relationship because she has no better choice.

Today, however, the stigma and lack of opportunities preventing women of the past to leave bad marriages is not as strong as it once was. With the patriarchal standard gone, very few people bat their eyes when they see a mother leave her children for the day to pursue a full-time job or a father stay at home and handle the housework while a mother acts as the breadwinner.

If a woman chooses to divorce, the law provides her with the financial support she needs to help raise their children. While she has to look for a job (in a workforce that no longer discriminates according to sex and one where she already has the educational attainment to find a suitable job), she gets enough support from her ex-husband through alimony or child support.

What’s most important though is that the change in the way we look at divorce is that both men and women can now walk away from abusive relationships without thinking about the stigma. They don’t have to keep quiet or choose to look the other way when their spouse cheats because they have the option to divorce without worrying about how that will affect how others see them and their children.

Sometimes divorces are a long and tiring process, but it’s a much better choice than sticking with a partner who mistreats you. A single mom will have the responsibility of handling her children on her own whether with joint or full custody, but they now have more opportunities than a single mom in the 1920’s.

So, if a Baby Boomer complains about the fact that 50 percent of marriages end in divorce, remember: if there was no stigma in the 1920’s and women had more opportunities to work, it’s likely that the same rate would have applied to their time as well.

Divorce Rates Are Starting to Slow Down, Which Is Also a Good Sign

Despite the high divorce rates, people are noticing that it’s slowly starting to drop, and according to analysts, it’s due to the different way millennials are handling adulthood and marriage. In 2003, most men and women would get married by the ages 27 and 25, respectively, but as of 2018, the average age people get married are now up to 30 and 28 years old.

Given the economy they have to live in, millennials are choosing to skip marriage and just live as unmarried partners with their other half. The drop in divorce rates, therefore, has something to do with the drop of marriages. According to these studies, millennials would rather delay marriage and achieve financial security before getting married at a young age.

It’s a good sign because it shows that more people are careful about the people they marry later in life. While more conservative people would balk at the thought, living with your partner before marrying them gives you an idea of what it would be like to live with them for the rest of your life.

It’s bad news for the wedding industry and divorce attorneys, but good for people who want to be sure of the people they marry.

The divorce rates are indeed rising, but it’s not supposed to be a cause for concern or for people to claim that the sanctity of marriage is ruined. It is, in fact, a sign that more people are willing to leave marriages that are physically and mentally destructive and the decrease of stigma on their part should they decide to walk away.

Facebook
Twitter
LinkedIn
PrevPreviousBenefit Payments for Workers’ Disability: What Are the Conditions?
NextWhy I Have Zero Respect for Drunk DriversNext