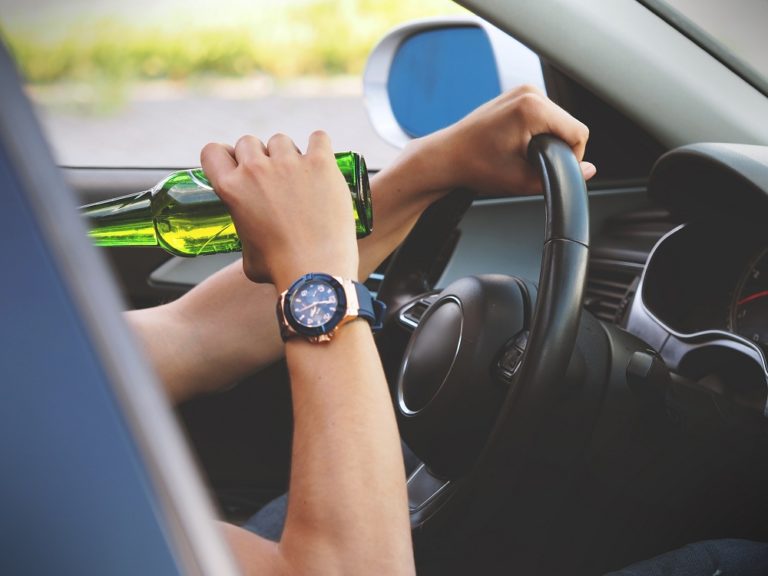 Why I Have Zero Respect for Drunk Drivers

I don’t want to get into personal details, but basically, in 1997, my father died because of a drunk driver. Of all the days he could have picked to walk around the neighborhood after dinner, it was the day a driver decided to drive around with alcohol in his system. We later learned that the man behind the wheel had a blood alcohol content nearly twice the BAC limit. The man was 18 and was given early parole. And the fines he paid? Spare change, given his family could afford one of the best lawyers in the city at that time.

My experience with drunk drivers is one of the driving factors that pushed me to become a lawyer. And the fact that I get at least one client a month for wrongful death or personal injury due to a drunk driver, I’ve seen the devastation drunk drivers can do to families.

Which is why I have absolutely no respect for drunk drivers.

What’s extremely frustrating about handling drunk driving cases is that it is a completely avoidable tragedy. Criminal lawyers and the offending party’s family members will argue that it was an accident, but even before they got their driver’s license, they would have already been taught or be aware of the dangers of driving drunk, and they chose to drive anyway.

All drivers are aware of the dangers of drunk driving, even if they’ve never had a drop of alcohol in their lives. From driving lessons to the lessons we learn in high school, we’re taught that alcohol does things to your brain, and it can affect your ability to tell right from wrong, what to do, and your ability to react on time.

In the United States, the BAC limit is at eight percent. Anything more concentrated is illegal and grounds for a DUI. It’s because during this time, concentration is stunted, you aren’t aware of how fast you’re going, and you lose the ability to perceive things on the road such as signs or pedestrians. Your muscle coordination starts to get unstable, making it hard for you to react, judge a situation, or detect danger. Stronger BACs can even deter you from staying in one lane, braking at the right moment, or forgetting that you’re actually driving.

That Victim Is Someone’s Spouse/Child/Parent/Friend

When you drive this drunk, you’re not just saying you have little regard for self-preservation. You’re also saying you don’t care about the other people around you and are okay with risking the injury or death of another person because you’re too drunk to bring yourself home.

Remember, for every accident or death you cause, you’re taking away a father, a mother, a child, a grandpa, or a friend from other people’s lives. When you hit someone with your car, they could survive, but they may sustain permanent injuries that leave them unable to find work or becomes a burden on their family’s financial situation.

I can’t name names, but I’ve been in a lot of situations where families have lost their breadwinners because of a drunk driver but are painted by the driver’s lawyer and family as gold diggers milking the driver for all they can get just because they’re asking for enough money to get by until they can find a way to sustain themselves once more. It’s heartbreaking, knowing they have to grieve for the loss of their family member while thinking about their future.

I advocate for a lot of causes, but one of the things I am personally involved with is drunk driving. It’s preventable, and there’s no one to blame but the reckless driver who has killed a person because of their irresponsibility. I’m not against people going out to party and drinking whatever they want, but they shouldn’t be doing it at the risk of harming other people in the process.

Victims of accidents and deaths caused by drunk driving are truly tragic simply because these are preventable crimes if the driver just chose not to drive until they were sober enough. It’s irresponsible on the driver’s part, and it’s inexcusable. Lives can be lost, and families can be affected by their loved one’s injury or death. And that’s why I have zero sympathy and respect for anyone who thinks it’s okay to go on the road and drive a vehicle that weight tons and can go up to hundreds of miles an hour and do not think (or just not care) about the risk they pose to other people.